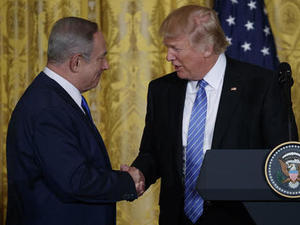 "The two leaders discussed cooperation between the United States and Israel in advancing shared national security interests, including efforts to prevent Iran's malign actions in the region," Deputy Press Secretary Judd Deere said in a statement.

This aint good :-)
Israel is probably reminding the USA that they do not need a green light to hit whomever they feel maybe a threat to their country.
If only Arabs were that protective about their nations.

With the situation as it is between Iran and the Gulf States, I don't think that there are too many who would object to giving Israel the green light.

Agree Phillipo a lot in the Arab world presumably have agreed to allow Israel to use their airspace to hit Iran. It wont be the first or last time Israel will take care of its business when threatened by terror organisation like Iran....