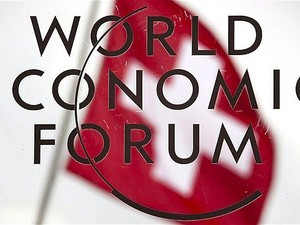 The gulf between rich and poor and a simultaneous surge in the youth population and that of retirees are among the factors threatening to sew the "seeds of dystopia", a new report warned Wednesday.

The World Economic Forum warned in its Global Risks 2012 report that social upheaval and vulnerability to further economic shocks and risk were undermining the progress of globalization.

"These risks in tandem threaten global growth as they are drivers of nationalism, populism and protectionism at a time when the world remains vulnerable to systemic financial shocks, as well as possible food and water crises," says the report.

The report came out of a 469 experts and industry leaders, who indicated a shift of concern to socioeconomic risks from environmental risks compared to a year ago. One commentator in the report also warned of the danger of over regulation.

"For the first time in generations, many people no longer believe that their children will grow up to enjoy a higher standard of living than theirs," said Lee Howell, the WEF managing director responsible for the report.

He said the new malaise is particularly acute in "the industrialized countries that historically have been a source of great confidence and bold ideas."

"Bulging populations of young people with few prospects, growing numbers of retirees depending on debt-saddled states (stoking fiscal imbalances) and the expanding gap between rich and poor are all fuelling resentment worldwide," says the report.

Taken together such trends could undo progress that globalization has delivered, it said.

"Individuals are increasingly being asked to bear risks previously assumed by governments and companies to obtain a secure retirement and access to quality healthcare," it noted.

John Drzik, chief executive officer of Oliver Wyman Group (Marsh & McLennan Companies) said the report was a "wake-up call to both the public and private sectors to come up with constructive ways to realign the expectations of an increasingly anxious global community."

The report argued that policies, norms and institutions from the 20th century might no longer provide protection in a more complex and interdependent world.

"We've seen examples of over-regulation, like the response to the Icelandic volcanic eruptions, or under-regulation, such as the subprime or Eurozone crises," said David Cole, chief risk officer at Swiss Re in the report.

"We need to get the balance right with regulations and, to that end, our safeguards must be anticipatory rather than reactive," he added.

It's equally important that regulations be made more flexible to effectively respond to change."