One Wounded in Armed Clash in Khalde 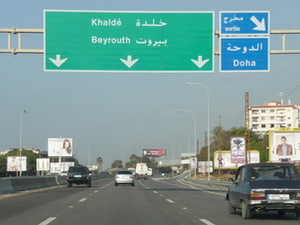 An armed clash broke out on Tuesday in the Khalde area, leaving one person wounded.

“Security forces immediately arrived on the site and are working on containing the incident,” NNA added.

The LDP meanwhile issued a statement denying its involvement in the clash and describing it as a “personal dispute.”

LDP sources told MTV that “a verbal clash broke out with Sheikh Omar Ghosn and young men close to him opened fire.”

“They were the only ones who opened fire, wounding a woman in the area, and the army is encircling the houses of those who fired weapons,” the sources added.

So his hezbollah was/is fighting for national dignity and independence in Syria, Iraq, Yemen and Bahrain.

Nothing will come of it. A year ago Porcelains street scum killed a person and left for Syria. Why Syria? because that the regime that protects Porcelain. Nothing became of that so why should this be any different the law does not apply to this wonderful contributor to our society.