Fransabank to Boost Stakes in Syria 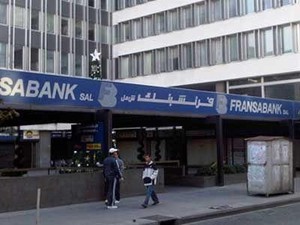 Fransabank SAL, with headquarters in Beirut, will boost the stake in its local business to 59.7 percent, SANA said.

Two other Middle East banks, the Housing Bank for Trade and Finance and Arab Bank Plc based in Amman, Jordan, will increase their holdings in their Syrian units to respectively to 60 and 53 percent, the agency added.