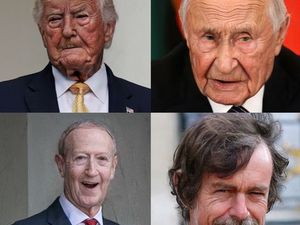 Poland and Lithuania said Thursday they were looking into the potential security risks of using a Russian-made face-editing app that has triggered a viral social media trend where users post "aged" selfies.

Poland's digital affairs ministry said it was "analyzing" the security risks posed by FaceApp to the personal data of its users, despite assurances by its designers that the app is safe.

"For several days in Poland and the world over, social media have been flooded by a wave of modified photos of 'ageing' users," Poland's digital affairs ministry noted.

"Various experts point to possible risks related to inadequate protection of users' privacy," it said in a statement on its website.

Kerza added that the makers of FaceApp had cooperated with other Russian internet companies which may not comply with EU data use regulations.

The Russian-made app has also triggered concern in the U.S., where Senate Minority Leader Chuck Schumer sounded the alarm on Wednesday, calling for the FBI and the Federal Trade Commission to "look into the national security & privacy risks" connected to the application.

Currently the top trending free app on Google Play with more than 100 million downloads, FaceApp was launched two years ago and recently went viral after its latest editing tool, the aging filter, sparked a flood of celebrity selfies.

Its developers, Wireless Lab, are based in the Skolkovo high-tech hub near Moscow, often called Russia's Silicon Valley -- a fact that has stirred concern in Poland and within the US Democratic Party.

FaceApp CEO Yaroslav Goncharov told the Washington Post that Russian authorities did not have any access to any user data.

Goncharov also told the Post that most photos are deleted from its servers within 48 hours and said the app did not use the pictures for any other purpose.

Goncharov and Wireless Lab could not immediately be reached by AFP for comment.