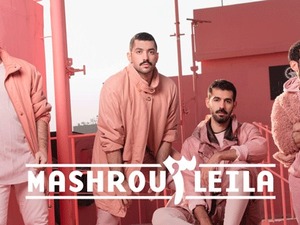 They sparked controversy in Egypt, and were banned from performing in Jordan. Now alternative rock band Mashrou' Leila might have a concert canceled at home in Lebanon over alleged offense to religion.

But former lawmaker for Byblos, Fares Soaid, has come to the band's defense.

"Boycott if you want, it's your right. But let Lebanon retain its taste of freedom," he wrote on Twitter.

The band’s supporters and opponents are clashing on social networking websites, amid calls for boycotting and banning the concert. Some users, including Free Patriotic Movement official Naji Hayek, have openly threatened to resort to violence to prevent the gig from taking place.

The Maronite Archbishopric of Byblos has meanwhile issued a statement calling for “barring the Mashrou’ Leila performance on the land of holiness, culture and history,” in reference to the city of Byblos.

The band had been banned from performing in Jordan in 2016 over similar accusations.

The director of the Byblos International Festival has said that there are efforts to solve the issue out of the public eye.

With its unique blend of intricate indie rock and enigmatic Arabic poetry, the band has become one of the Middle East's biggest bands. Its lyrics touch on sexuality but have also tackled the curses of Lebanese and Arab politics, materialism and social strife, often with satirical twists.

Sorry, but there is no reason for you to be still alive.

yes there is one. Just to watch you being screwed by SOSeash

I agree. Gays are disgusting and disrespectful creatures. They didn't even respect the basic fundamental rules imposed by God, how do we expect to get our beliefs respected by them?!