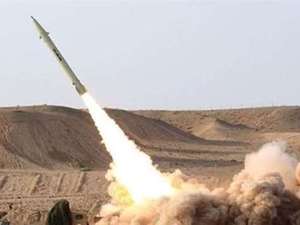 The rebels' top political leader, Mahdi al-Mashat, had said on Tuesday that they were ready to stop attacks on Saudi Arabia and engage in dialogue provided it reciprocated and facilitated the flow of aid.

"The drone targeting civilians in the city of Khamis Mushait has been intercepted and destroyed," coalition spokesman Turki al-Maliki told the official Saudi Press Agency.

Maliki denied claims made by the Huthi rebels on their Al-Masirah television that drones targeting the King Khaled airbase in Khamis Mushait had "achieved their goals precisely".

"These are lies," he said, calling the attack "another act by the militias that is akin to a war crime".

The Huthi rebels -- who have faced persistent coalition bombing since March 2015 which has exacted a heavy civilian death toll -- have stepped up missile and drone attacks across the border in recent weeks.

Nine civilians were wounded in a July 3 Huthi attack on Abha airport in the south of the kingdom, the coalition said.

A June 12 missile attack on the same airport wounded 26 civilians, drawing warnings of "stern action" from the coalition.

And on June 23, a rebel attack on Abha airport killed a Syrian and wounded 21 other civilians, the coalition said.

The raids come amid heightened regional tensions as key Saudi ally the United States presses a "maximum pressure" campaign against its arch-rival Iran after withdrawing from a landmark 2015 nuclear deal between major powers and Tehran.

The coalition intervened in support of the Yemeni government in 2015 when President Abedrabbo Mansour Hadi fled into Saudi exile as the rebels closed in on his last remaining territory in and around second city Aden.

Since then, the conflict has killed tens of thousands of people, many of them civilians, relief agencies say.

The fighting has triggered what the United Nations describes as the world's worst humanitarian crisis, with millions displaced and in need of aid.