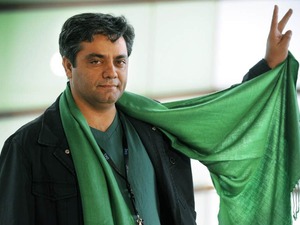 The Cannes film festival called Thursday for the "immediate and unconditional release" of the Iranian director Mohammad Rasoulof, who was jailed for a year Wednesday for "attacking the security of the state".

The dissident director -- who was previously sentenced to six years in prison in 2010 for filming without a permit -- won the Certain Regard section of the world's biggest film festival two years ago with his acclaimed film about small town corruption, "A Man of Integrity".

As well as the prison sentence, an Iranian court also banned him from leaving the country for two years and getting involved in "any social or political activity", according to the festival.

It expressed its "utmost dismay" at the verdict, saying in a statement that "facing the censorship imposed by the Iranian authorities," Rasoulof "keeps telling the reality of his country.

"Mohammad Rasoulof is a film-maker, an artist. For this reason, he is now deprived of his freedom," the festival added.

Rasoulof also won the Certain Regard best director prize in 2011 for "Goodbye" about a lawyer who is banned from working by the government.

Rasoulof made the movie while he himself was out on bail and banned from film-making.

His French distributor Michele Halberstadt told AFP that it was "absurd to accuse him of attacking the security" of the Islamic republic when the only weapon he had at his disposal was the "light and shadow of his palette".

She said his passport had already been consficated and that he had been banned from working and travelling freely since 2017.

Iranian film-makers are regularly the target of the country's often opaque legal system, and subject to bans, restrictions and the threat of prison sentences.