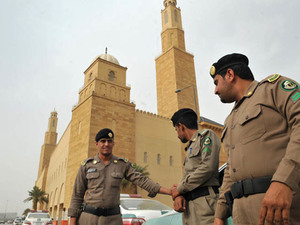 The trial of Saudi dissident cleric Sheikh Salman al-Awda is to resume Sunday after an almost six-month postponement, Amnesty International said, expressing fear he will be sentenced to death.

The prominent cleric's family and Saudi media have said prosecutors are seeking the death penalty. The charge sheet has not been made public.

Human rights groups have said the trial is a political reprisal against Awda, a leading figure in a 1990s Islamist movement associated with the Muslim Brotherhood.

The cleric was among more than 20 people arrested in September 2017 in a widening crackdown on dissent in the ultra-conservative kingdom.

"We are gravely concerned that Sheikh Salman al-Awda could be sentenced to death and executed," Lynn Maalouf, Amnesty's Middle East research head, said in a statement.

"Since his arrest almost two years ago, Sheikh al-Awda has gone through a terrible ordeal including prolonged pre-trial detention, months of solitary confinement, incommunicado detention and other ill-treatment,"

According to Amnesty, Awda was arrested a few hours after posting a tweet welcoming reports of a possible reconciliation between Saudi Arabia and Qatar.

Saudi Arabia and several allies cut off all diplomatic and economic ties with Doha in June 2017, accusing it of links to Islamist extremists, a charge Qatar has categorically denied.

The cleric's family have said Saudi authorities had demanded that Awda and other prominent figures publicly back the kingdom in the dispute, but he refused.

The last hearing in the case was postponed in early February at the request of the prosecution.

"Saudi authorities continue to claim they are fighting ‘terrorism’ when this trial, as well as those of other activists, including 37 men executed last April, are clearly politically motivated and meant to silence independent voices in the country," Amnesty said.