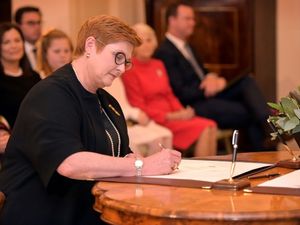 Australia on Saturday warned foreign officials in the country against undermining the right to free speech, following a confrontation between students backing Beijing and pro-Hong Kong democracy activists at a university rally.

The warning comes after a Chinese consul-general in Australia reportedly praised the pro-Beijing students for their "patriotic behaviour".

"The Government would be particularly concerned if any foreign diplomatic mission were to act in ways that could undermine such rights, including by encouraging disruptive or potentially violent behaviour," she said in a statement.

The clashes took place on Wednesday at a pro-Hong Kong democracy rally at the University of Queensland after a group of Beijing-supporting students arrived.

Video of the event shows a tense standoff between dozens of students at the university in northeast Australia, with several scuffles breaking out.

The consul-general said the consulate "opposes the use of these events to create the opposition between Chinese and Hong Kong students and incite anti-China sentiment", the newspaper said.