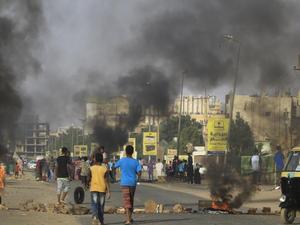 Negotiators for Sudan's protest movement said Tuesday they would not be holding planned talks with the country's ruling generals as they were visiting a town where five teenaged protesters were killed.

"There will be no negotiations today as we are still in Al-Obeid," Taha Osman, a negotiator from the protest movement told AFP by telephone from the town where Monday's killings took place.

"There will be no negotiation today with the Transitional Military Council as our negotiating team is still in Al-Obeid and will return only tonight," another negotiator and prominent protest leader. Satea al-Haj, said.