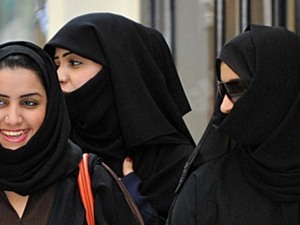 Saudi Arabia's easing of travel restrictions on women was hailed in the kingdom Friday as a historic leap for gender equality, but it also drew anger from hardliners backing contentious male "guardianship" rules.

The Muslim kingdom announced it was effectively allowing women over the age of 21 to obtain passports and travel abroad without securing the permission of their "guardians" -- husband, father or other male relatives.

The reform, which also covers civil rights such as allowing women to register childbirth, marriage or divorce, does not dismantle but diminishes the guardianship system that has long been a symbol of repression against women.

"They call for the equal engagement of women and men in our society. It is a holistic approach to gender equality that will unquestionably create real change for Saudi women."

The decision triggered a wave of jubilation on social media, with the hashtag "No guardianship over women travel" gaining traction.

Many also posted humorous memes of women dashing to airports lugging suitcases and being chased by male relatives.

The changes come after high-profile attempts by women to escape alleged guardianship abuse despite a string of reforms by Crown Prince Mohammed bin Salman, including a landmark decree last year that overturned the world's only ban on women drivers.

Some Saudi women said they had to hack into their guardian's phone to alter the settings on a government app that would allow them to exit the country.

Among the women who fled was 18-year-old Rahaf Mohammed al-Qunun, whose live-tweeted asylum plea from a Bangkok hotel in January after she fled her Saudi family drew global attention.

Qunun eventually sought asylum in Canada, but the Saudi embassy in Bangkok faced global criticism for allegedly attempting to repatriate her to the kingdom against her will.

The amendment, which limits state influence in the private sphere, could provoke family clashes and trigger an exodus of some women who have long waited to untether themselves from controlling guardians, observers say.

"The changes will inevitably cause some anxiety in Saudi families as women seek to use this new found freedom," said  Kristin Diwan from the Arab Gulf States Institute in Washington.

"Presumably without the guardianship restrictions the government will no longer seek to return them against their will," she told AFP.

The reform also drew backlash from arch-conservatives, many of whom shared old video sermons on social media by Saudi clerics advocating guardianship laws.

Some also denounced the change as "unIslamic" in a society that traditionally sees men as protectors of women.

One Twitter user posted a portrait of women veiled head-to-toe wriggling underneath a barbed wire fence and emerging skimpily clad on the other side.

It was unclear how quickly the changes would take root in a society steeped in conservatism and a bureaucratic machinery perceived to be averse to change.

The reform, which grants women greater autonomy and mobility, comes as the petrostate reels from low oil prices and seeks to boost employment opportunities for women –- currently facing high joblessness.

"This can be the beginning of economic migration that relieves pressure on (the crown prince) to create jobs for educated women in a liberalized economy with less public sector opportunities," said Madawi al-Rasheed, a Saudi expert at the London School of Economics.

But many women activists who long campaigned to dismantle the guardianship system are currently on trial after being arrested last year in a sweeping crackdown on dissent or face a travel ban.

That includes Loujain al-Hathloul, a prominent rights activist who marked her 30th birthday this week in a Saudi prison. Hathloul was among several detainees who accused interrogators of torture and sexual harassment, a charge the government denies.

"These changes are a clear testament to the tireless campaigning of women's rights activists who have battled against rampant discrimination in Saudi Arabia for decades," said Lynn Maalouf, Amnesty International's Middle East research director, demanding the release of the activists.