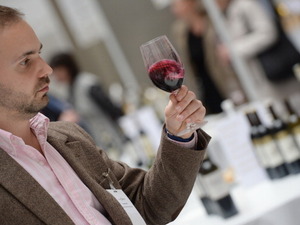 Wine connoisseurs talk about needing "a nose" to assess the quality of a vintage. President Donald Trump just uses his eyes.

A famous teetotaler, Trump raised eyebrows Friday with his insistence that he likes U.S. wine more than the French version. How could he know?

"I've always said American wine is better than French wine!" the president tweeted, while warning that he may raise import tariffs on France's iconic drink due to a dispute over French taxes targeting US tech companies.

Later in the Oval Office, he explained his technique.

"I don't drink wine. I just like the way they look."