Wife of Syria's Assad Says She is Free of Cancer 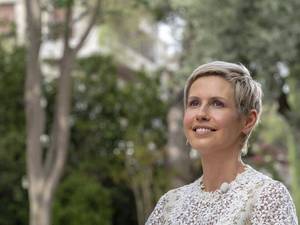 The wife of Syria's president says that a year after being diagnosed with breast cancer she is now "completely" free of the disease.

Asma Assad, born in 1975, has gone public with her diagnosis— a rare declaration in the Arab world, where prominent figures often conceal their ailments.

Assad appeared at a military hospital, at times with husband Bashar Assad by her side. She continued her public activities, appearing with covered hair.

The Assads have continued to present themselves as modern, forward-looking leaders, even as Syria has been convulsed by civil war ignited by a rebellion against the family's decades-long rule.