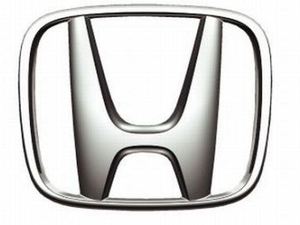 The two neighbors are U.S. allies and face common threats from nuclear-armed North Korea and an increasingly assertive China, but their relationship is strained by bitter rows over Tokyo's 20th-century colonization of the peninsula.

South Korea and Japan on Friday removed each other from their "white lists" of trusted trading partners, despite US calls for both to calm tensions.

Even before Friday's decision, angry South Koreans had been making their fury known, shunning Japanese brands in favor of local ones, for items such as beer, clothing, cosmetics and even pens.

Data on Monday showed that Koreans turned away from Japanese vehicles last month.

Honda saw its July sales in the South slump 33.5 percent year-on-year, while Toyota Motor's sales tumbled 32 percent, according to data from the Korea Automobile Importers and Distributors Association (KAIDA).

Speaking to his top aides at a cabinet meeting on Monday, Moon called for "extraordinary resolve" to overtake Japan's economy, claiming that working with the North would be one way to do so.

"If a peace economy is realized through economic cooperation between the North and South, we can catch up to Japan's superiority in a single breath," Moon said.

North Korea is deeply impoverished, with a GDP per capita that is just a fraction of the South's, and is subjected to multiple sets of international sanctions over its weapons programs.

The dovish Moon has been dangling the carrot of inter-Korean business projects to bring it to the negotiating table, but it carried out three weapons tests in the eight days to Friday.

"Let's be nervous but not afraid to overcome the current crisis," Lee was quoted as saying. "Let's ensure that we will take a further leap forward by creating new opportunities."

President Moon said the tensions with Tokyo will act as a "stimulant" for the South Korean economy, adding: "I would like to thank the government, businesses and the people for responding to Japan's trade retaliation with one heart."

As the trade row has escalated South Korean media have reported cases of Japanese cars being vandalized and covered in kimchi, the fermented cabbage that is a mainstay of the Korean diet.

Honda in South Korea told AFP that it was watching the situation "closely" and "with caution."

A representative at Toyota Korea said that it was "difficult for us to say that the current Japan-South Korea trade row is the only reason why this has happened."

"There are a lot of factors that affect our sales," she added.

Lexus saw sales down 24.6 percent from the previous month, although its year-on-year sales were up 32.5 percent, the KAIDA figures showed.

Last month, some 50,000 members of a South Korean grocery store owner association said they had stopped orders of some or all Japanese products.