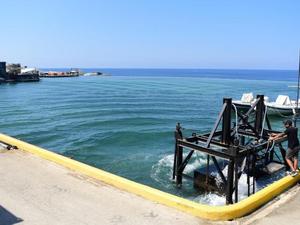 Migrants hired as extras for an Italian film set in Malta were subjected to ill treatment allegedly in order to create more realistic scenes, the Times of Malta has reported.

Under the direction of Italian comedic filmmaker Checco Zalone, around 70 African migrants living in Malta, including four children, were hired for a movie titled "Tolo Tolo", the newspaper reported on Wednesday.

The paper cited members of the film crew as saying that 60 of the migrants, most of whom could not swim, were left without water for six hours on a boat in the sun without being allowed to take toilet breaks.

At one point a pregnant woman began to panic and the crew took her to shore. At least four crew members resigned after the incident, the Times of Malta reported.

"Their lives were at risk," one of them told the paper. "I was terrified for their safety."

Maltese production company Halo Pictures, which is coordinating the filming in Malta, denied any ill treatment, saying local employment law was followed and all health and safety checks had been carried out.

The Italian producers were quoted as saying that the allegations had "come out of nowhere".

The newspaper said Halo Pictures CEO Engelbert Grech dismissed the claims as an attempt at sabotage by a single disgruntled former employee, one of those who had quit.

The Times of Malta reported suspicions by several crew members that the treatment was aimed at getting more realistic reactions from the extras.

"They're making these migrants relive what they've been through without any sensitivity and without a care in the world," one crew member was quoted as saying by the paper.

The Malta Film Commission, which encourages filming on the tiny Mediterranean archipelago, said it had launched an investigation.