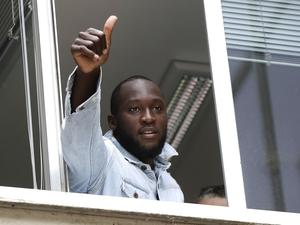 Romelu Lukaku has signed for Inter Milan from Manchester United on a five-year deal, the Serie A club announced on Thursday.

"The Belgian footballer, arriving from Manchester United on a permanent basis, has signed a contract with the Nerazzurri until 30 June 2024," Inter said in a statement.

The club did not reveal Lukaku's wages nor the fee paid to Premier League side United, reported to be in the region of 80 million euros ($90 million).