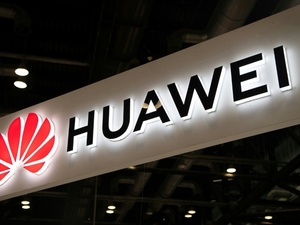 The interim rule, which will preclude any US federal agency from purchasing telecom or technology equipment from the firms, is part of a sweeping effort by Washington to restrict Huawei, which officials claim is linked to Chinese intelligence.

"The abuse of state power by the United States to unscrupulously and deliberately throw mud at and suppress specific Chinese enterprises seriously undermines the image of the United States and its own interests," said Chinese foreign ministry spokeswoman Hua Chunying.

"We firmly support the relevant Chinese companies in taking up legal weapons to safeguard their legitimate rights and interests," she said in an online statement.

Last week, US President Donald Trump announced new tariffs on another $300 billion in Chinese imports and formally branded Beijing a currency manipulator, in response to a drop in value of the yuan.

Huawei also faces moves from Washington to blacklist it, citing national security concerns, cutting it off from American-made components it needs for products -- though it was issued a 90-day reprieve in May.

That ban could prevent the Chinese tech firm from getting hold of key hardware and software including smartphone chips and elements of the Google Android operating system.

Huawei was the world's number two smartphone producer last year, ahead of Apple and behind South Korea's Samsung, as well as the largest provider of telecom networking equipment, but the firm has emerged as a key bone of contention in the wider China-US trade war.

Washington accuses Huawei of working directly with the Chinese government, a claim the company denies.

The US fears that systems built by Huawei could be used by Beijing for espionage via secret "backdoors" built into telecom networking equipment.

Fears have also heightened over the coming rollout of super-fast 5G networks expected to power the next wave of technological development.

The rules, which require a 60-day comment period, implement a ban included in the defense authorization act Congress approved earlier this year.

Huawei said it would challenge the move in federal court.