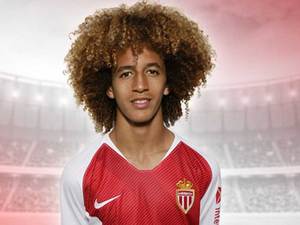 Mejbri's future has been a hot topic since United, City, Liverpool, Bayern Munich and Lyon were reported to be competing for the 16-year-old's signature.

United revealed they had "reached an agreement with Monaco for Hannibal Mejbri to join the club subject to FIFA approval".

Reports claim the deal is worth up to £9.3 million ($11.1 million), with the Ligue 1 club receiving half up front and the rest in potential add-ons.

France youth international Mejbri will complete the switch to United when he turns 17 in January.

He was reported to have visited United's training ground with his parents, meeting the club's French stars Paul Pogba and Anthony Martial, who encouraged him to move to Old Trafford.

Mejbri only joined Monaco in a £1 million deal in August last year having had spells in the academies at Paris FC and AC Boulogne-Billancourt.

United have confirmed three other under-18 players have received the required clearances.

Dillon Hoogewerf has arrived from Ajax and Mateo Mejia from Real Zaragoza, while goalkeeper Johan Guadagno has joined from IF Brommapojkarna.