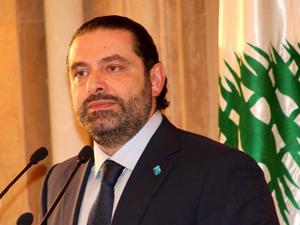 Prime Minister Saad Hariri arrived in Washington at dawn yesterday beginning a visit to the United States during which he will meet (on Thursday) with US Secretary of State Mike Pompeo and a number of US officials, according to a statement issued by the Premier’s office.

Hariri sources told the Saudi Asharq al-Awsat that the visit was set earlier, and "it will be an occasion to discuss the general situation in Lebanon and the region, and the bilateral relations between the two countries."

Fos his part, Hariri’s adviser Nadim al-Munla told the daily the Premier’s visit to Washington is “mainly private and has no agenda, but he will hold meetings on the sidelines with US officials to put them in the picture of the Lebanese situation and hear their point of view.”

But according to US circles, the file of Hizbullah is expected to top Hariri's talks amid mounting pressure from Washington on Hizbullah leaders, networks and financial activities, both in the United States and in Latin America and Lebanon, said Asharq al-Awsat.

However, "extremist" US circles said that “pressure on the Lebanese government is necessary to put all parties to their responsibilities in the face of the role played by Hizbullah.”

Moreover, the daily said that US support for the Lebanese army will receive special attention during Hariri’s visit, mainly that Washington is keen on maintaining the security of the border areas between Lebanon and Syria, and keen on preventing the re-emergence of the Islamic State group.

Among the issues expected to be discussed is Washington's mediation between Lebanon and Israel to demarcate the maritime border between the two countries, to ensure drilling regulation of gas fields discovered in the Mediterranean.

On a similar note, US Assistant Secretary of State for Energy Resources Francis Fanon had met earlier with Prime Minister Saad Hariri in Beirut during a tour of Greece, Jordan and Cyprus, where he discussed Lebanon's plans to reform the electricity sector and develop energy resources and the support the United States for its efforts in this area.

Hariri's visit to Washington comes after the Qabrshmoun incident which almost led to serious security developments in the mountain area between the Druze themselves, and the Christians. The US Embassy in Beirut issued a rare statement last week calling on all parties to refrain from politicizing the judiciary to enable it to follow up on Qabrshmoun incident and to preserve civil peace.