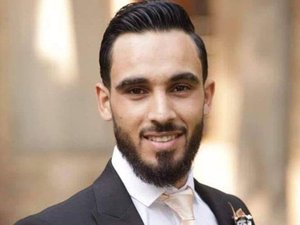 ِA Lebanese man identified as Hussein Fsheikh plunged into his death in an attempt to rescue two drowning men in a river in Guinea.

Head of the Higher Relief Committee Maj, Gen. Mohammed Kheir announced that Guinean authorities officially informed him that the body of a teenager who drowned in the Konkouré River while trying to save two people from drowning belonged to Lebanese Hussein Fsheikh.

Kheir said under the directives of Prime Minister Saad Hariri, contacts are ongoing with authorities in Guinea to take the necessary measures to return the body to Lebanon as soon as possible.

This young man is a hero. He died by drown8ng after rescuing a couple who were drowning.

An act of selflessness, RIP. Aoun, Berri, Hariri, Nasrallah and the others are indirectly responsible for his death as he's living in Guinea because they destroyed Lebanon.