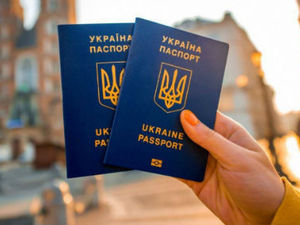 Ukraine's President Volodymyr Zelensky on Tuesday ordered to simplify the granting of Ukrainian citizenship for Russians persecuted on political grounds.

A decree published on the presidential website orders the cabinet to write a law "easing the process of obtaining Ukrainian citizenship by Russian citizens who have been persecuted for their political views".

The decree also listed non-Ukrainians serving in the Ukrainian military as subject to the eased naturalisation process under the new law, and ordered another law that would "optimise" the asylum process for Russian citizens.

Former comedian Zelensky had pledged to grant citizenship to Russians who "suffer" under the Kremlin's rule after he was elected as president in April.

"We know perfectly well what a Russian passport provides," he said at the time, listing "the right to be arrested for a peaceful protest" and "the right not to have free and competitive elections".

Ukrainian forces and Kremlin-backed separatists, who carved out two "people's republics" in eastern Donetsk and Lugansk regions, have fought since April 2014, after the annexation of Crimea.

Zelensky's predecessor had promised to fast-track citizenship for non-Ukrainians fighting for Kiev's cause, but the policy was never implemented.

Some 13,000 people have been killed in the violence that Kiev blames on Russian President Vladimir Putin.

Moscow has denied claims it has funnelled troops and arms across the border.