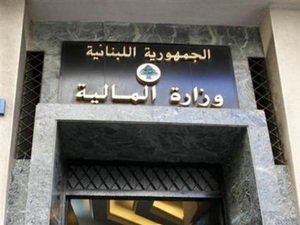 The efforts of the finance ministry have accelerated to complete Lebanon’s 2020 draft state budget in order to pass it on time unlike the 2019 budget that was passed eight months late.

The team at the finance ministry responsible to complete this task has expedited preparations, after which Finance Minister Ali Hassan Khalil submits the draft to the Cabinet by the end of August before it is referred to the Parliament in early October, said al-Joumhouria daily on Wednesday.

According to the daily, the approach to be adopted in the 2020 draft budget will be a continuation of the approach in the budget of 2019. Khalil will work on reducing the deficit further by 1 percent less than 2019 in line with the pledges made by Lebanon to reduce the deficit by 1 percent annually for 5 years.

In May, Lebanon’s government approved a long-awaited austerity budget trimming Lebanon's deficit to 7.59 percent of gross domestic product -- a nearly 4-point drop from the previous year.

Lebanon has promised donors to slash public spending as part of reforms to unlock $11 billion in aid pledged at a conference in Paris last year.

Growth in Lebanon has plummeted in the wake of endless political deadlocks in recent years, compounded by the 2011 breakout of civil war in neighbouring Syria.

The country has been racking up public debt since the end of its own 1975-1990 civil war, which now stands at more than 150 percent of GDP, according to the finance ministry.