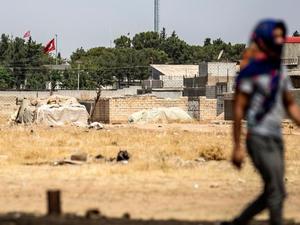 Ankara will not tolerate any delay from the US over setting up a safe zone in northern Syria, Turkey's foreign minister said on Thursday.

"They (the US) first need to be sincere and need to understand that Turkey won't tolerate delaying tactics," Mevlut Cavusoglu said during a press conference in Ankara.

His comments come as an American military delegation headed by Lieutenant General Stephen Twitty, deputy commander of the US European Command, was expected in the southeastern province of Sanliurfa.

He will supervise the establishment of the joint operations centre as part of the effort to organise a "safe zone" in northern Syria, the Turkish defence ministry.

The Pentagon on Wednesday said the agreement would be "implemented in stages".

The goal of the zone is to create a buffer between the Turkish border and areas controlled by the Kurdish People's Protection Units (YPG).

Turkey has repeatedly threatened to launch an assault east of the Euphrates river against the YPG, which it says is a "terrorist" offshoot of the outlawed Kurdistan Workers' Party (PKK), which has waged an insurgency inside Turkey since 1984.

But Washington has worked closely with the YPG in the fight against the Islamic State (IS) group.

Little is known about the size of the safe zone and how it will work, but Cavusoglu said there would be observation posts and joint patrols.

He said US President Donald Trump had previously promised it would be 32-kilometre (20 mile) wide.

Turkey previously conducted two offensives into Syria, against IS and the YPG, in 2016 and 2018.