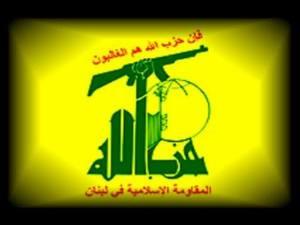 Hizbullah nominated Hassan Ezzedine for an upcoming by-election in Tyre to succeed ex-MP Nawwaf al-Mousawi, a statement released by its media office said on Thursday.

The by-election was called for after Moussawi of Hizbullah’s Loyalty to Resistance bloc submitted his resignation following a string of controversial incidents.

Before he resigned, Moussawi’s parliamentary activity was suspended by Hizbullah’s leadership following a verbal clash with Kataeb bloc MPs over the 1982 election of Bashir Gemayel.

Moussawi was also caught up in controversy after media reports said he opened fire at the Damour police station in connection with a dispute involving his daughter and her divorcee.

The MP had decried that he had not been able to help his daughter in her children custody dispute with her divorcee due to the laws of the Shiite religious courts.

He is reportedly the only Muslim MP who has voiced support for laws aimed at empowering women in Lebanon.

I am sure the new MP from Kizb will raise the standards and make Tyre the shining light of Lebanese cities. Then again he could be another flip flop wearing bum who wont shave or abide by the law citing the world as his enemy and advocating terror as an answer to everything....