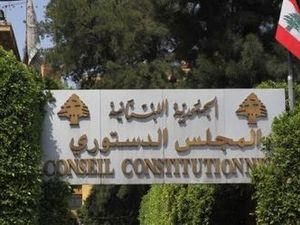 The retired servicemen filed an appeal before the Constitutional Council on Friday against some articles in the newly approved 2019 state budget aiming to cut some of their benefits.

MPs Shamel Roukoz and Jean Talouzian accompanied a mass of pensioners to the Constitutional Council where they submitted the appeal.

Roukoz, a staunch defender of military rights who himself has served in the military before running in Parliament, said: “Stemming from the demands of the military and judges, we have signed an appeal against the budget and ask the Constitutional Council to look into it.”

In May, Lebanon approved a long-awaited austerity budget aimed at rescuing an economy crumbling under massive debt and unlocking billions in international aid.

The budget saw cuts to pensions and benefits of army veterans and retired security officers as part of an impending austerity package.