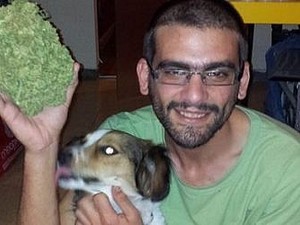 The alleged Israeli-American head of a major online drug-dealing network gave his captors the slip as he was being extradited from Ukraine to the Jewish state, Israeli police said Friday.

"The Ukrainian police informed us last night that while in the process of extradition, Amos Dov Silver, escaped his Ukrainian escorts," they said in a statement.

Silver was arrested in March accused of running a network, with connections in the United States, Ukraine, Israel and Germany, using the popular encrypted messaging app Telegram.

Israeli police said at the time that the ring had a turnover of "hundreds of millions" of Israeli shekels (tens of millions of dollars/euros).

Friday's Israeli police statement said that the Ukrainian supreme court had on Thursday turned down Silver's appeal against extradition.

The Kiev prosecutor's office said that he was at the city's Boryspil airport bound for Israel on Thursday when he escaped his escorts from the Ukrainian SBU security service and "disappeared".

A criminal investigation is under way," it added in a statement.

Israel has given the go-ahead for the export of medical cannabis but the drug's' production and sale for recreational purposes remain criminal offences.

In 2017, the public security ministry partially decriminalized recreational marijuana use, setting fines and treatment for initial offenders instead of criminal procedures.

Israeli police have said that Silver and his alleged accomplices dealt not only in marijuana but also ecstasy, LSD, cocaine and other dangerous substances.