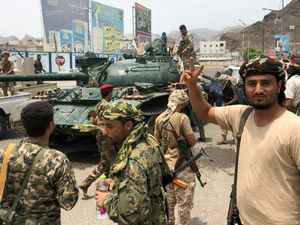 The supporters of the separatist Southern Transitional Council pulled out of the headquarters of Hadi's government, the supreme court and the central bank as well as Aden's main hospital, Muammar al-Iryani said on Twitter.

Hadi's government has refused to enter talks with the separatists until they withdraw from the positions they seized in deadly fighting last week.