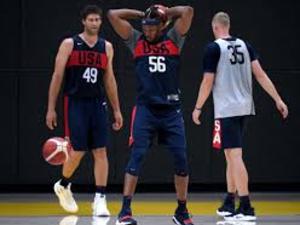 Australia's consumer watchdog has launched a probe into the use of NBA superstars to promote pre-World Cup exhibition games by Team USA despite many of them pulling out, leaving fans fuming.

Some people paid hundreds of dollars to watch the Americans in three games in Melbourne and Sydney this month, believing they would be seeing the likes of James Harden, Anthony Davis and Damian Lillard.

But while the USA boast a host of top young talent guided by San Antonio Spurs coach Gregg Popovich, they lack top names used to sell the event after a series of player withdrawals.

A change.org petition for refunds has so far attracted more than 2,500 supporters claiming they had been ripped off.

"You have sold us an event that is no longer happening," said the petition.

The Australian Competition and Consumer Commission (ACCC) said Sunday it was investigating.

"Under the Australian Consumer Law, companies must not make false or misleading representations, including when advertising events," a spokesperson told AFP.

"We understand that some advertising of the USA Basketball games occurring in Melbourne and Sydney included pictures of players who will not be attending those games.

"The ACCC is considering the issues and engaging with relevant parties."

It urged ticket holders seeking a refund to contact the promoters, TEG Live, who were not immediately available for comment.

"If they are unable to resolve their issue ... report the issues to the ACCC," the spokesperson added.

The USA play Australia in Melbourne on August 22 and 24, and Canada in Sydney two days later, ahead of their bid for a third consecutive crown at the World Cup, which begins at the end of the month in China.

They are bringing a 13-man squad, down from 14 after Sacramento Kings guard De'Aaron Fox became the latest to pull out on Saturday.