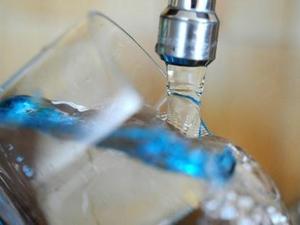 A study published Monday links exposure to fluoridated tap water during pregnancy to lower IQ scores in infants, but several outside experts expressed concern over its methodology and questioned its findings.

Fluoride has been added to community water supplies in industrial countries to prevent tooth decay since the 1950s.

Very high levels of the mineral have been found to be toxic to the brain, though the concentrations seen in fluoridated tap water are generally deemed safe.

"We realized that there were major questions about the safety of fluoride, especially for pregnant women and young children," Christine Till at Canada's York University, senior author of the paper published in JAMA Pediatrics, told AFP.

"We know that decisions need to be based on evidence, and we had no evidence on whether fluoride in pregnancy was safe, and regardless of the outcome, that knowledge was really critical."

The study looked at 601 mother-child pairs across six Canadian cities, with 41 percent living in communities supplied with fluoridated municipal water.

The researchers said fluoridated water is supplied to around two-thirds of U.S. residents, just over a third of Canadian residents and three percent in Europe.

After controlling for other toxins in their analysis, they found an increase in concentration of fluoride in pregnant mother's urine of one milligram a liter was associated with a 4.5-point lower IQ score in boys -- but not girls -- at age three or four.

When estimating the daily maternal fluoride intake instead of fluoride in urine, they found a one milligram increase in intake was associated with a deficit of 3.7 IQ points for both boys and girls.

Anticipating controversy, JAMA Pediatrics took the unusual step of issuing an Editor's Note that said the decision to publish the article was "not easy."

"Given the nature of the findings and their potential implications, we subjected it to additional scrutiny for its methods and the presentation of its findings."

But experts in fields ranging from statistics to toxicology to neuroscience expressed serious reservations.

"The authors state that an increase of one milligram per liter (1 mg/L) increase in fluoride was associated with a 4.49 point lower IQ score but fluoride intake appears to have been below 1 mg/L for most people in the study, even for those with fluoridated water."

Stuart Ritchie, a psychologist at King's College London, added that it was "inconsistent" that the first analysis only found a significant result for boys not girls while the second analysis found an overall effect with no sex differences.

"I think the findings here are pretty weak and borderline," he said. "They might be interesting as part of a larger set of studies on this question, but alone they shouldn't move the needle much at all on the question of the safety of fluoride."