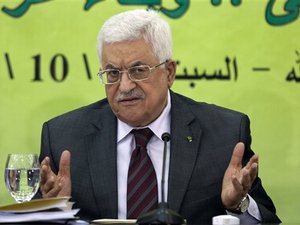 Palestinian President Mahmoud Abbas has fired all of his advisers, his office said Monday, amid a financial crisis in the occupied West Bank that has prompted deep salary cuts.

Abbas's office did not provide further details on the number of advisers or the costs involved, pointing only to a brief statement issued through official Palestinian news agency WAFA.

The move comes amid a spending crunch following Israel's decision in February to withhold around $10 million a month in tax transfers.

Israel collects some $190 million a month in customs duties levied on goods destined for Palestinian markets that transit through its ports.

It then transfers the money to the Palestinian government.

The amount it deducted -- $138 million for the year -- corresponds to what Israel says the Palestinian Authority paid prisoners in Israeli jails, or their families, in 2018.

Prisoners who have carried out attacks on Israelis are among those receiving the payments, and Israel says that encourages further violence.

Palestinians view prisoners as fighting against Israel's occupation and say the funds support families that have lost their main breadwinners.

Abbas has accused Israel of blackmail and refused to take any of the tax transfers, which account for some 65 percent of PA revenues.

The PA has cut salaries for most its tens of thousands of employees by half to keep the government afloat.

On top of the tax dispute, the United States has also cut hundreds of millions of dollars in aid to Palestinians via various programs.

Jihad Harb, a Palestinian political analyst, said it appeared Abbas had decided to sack his advisers after receiving a report in June on payments to ministers and officials.

"It is clear that president Abbas received the report from the committee that examined the salaries and benefits of employees," Harb told AFP.

He "wants to reduce his office's spending by taking austerity measures to confront the current budget crisis."

One of these days Abu Mazen will, sorry might, learn that 93% of $190 million per month is still better than 0% of that sum.