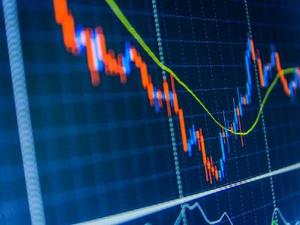 Most Asian markets rose Tuesday on the back of hopes for central bank and government stimulus measures around the world, while investors were also cheered by further signs of easing tensions in the China-US trade war.

Trading floors around the world have been tense for several weeks owing to concerns about a number of factors including the trade war, Brexit, a global economic slowdown and tensions in the Middle East.

However, while markets remain on edge, equities have enjoyed a positive start to the week, with Germany reportedly planning government support to avert a recession in Europe's biggest economy and central banks elsewhere looking to ease monetary policy.

Among the key events this week is a speech by Federal Reserve boss Jerome Powell at the annual Jackson Hole symposium of central bankers in Wyoming.

His remarks will be pored over to see if he hints at another interest rate cut following last month's move, and if so how deep it will be. However, some analysts have pointed out that while the US economy is showing signs of slowing, it remains healthy and Powell could decide no new help is needed just yet.

The Fed policy board "did not unanimously agree to the last 0.25 percent cut", said Jeffrey Halley, senior market analyst for Asia-Pacific at OANDA. "US economic data continues to perform blissfully, implying the economy is doing just fine.

"Against that backdrop, I struggle to see why... Powell would hit the panic button at Jackson Hole this week. The financial markets could be setting themselves up for an ugly correction into the week's end."

A report in The Washington Post said top officials are considering measures to head off a US downturn, including temporarily cutting the payroll tax to increase workers' monthly take-home pay. Another move being looked at is reversing new tariffs imposed on Chinese goods, The New York Times reported.

Tokyo ended up 0.6 percent, while Sydney, Seoul and Wellington each jumped around percent. Taipei and Jakarta were also higher.

But Hong Kong slipped in afternoon trade on profit-taking after a four-day rally, while Shanghai ended 0.1 percent lower.

In early trade, London edged up 0.1 percent but Paris and Frankfurt each slipped 0.2 percent.

The White House's decision to delay again by 90 days a ban on US firms doing business with Huawei was taken as a conciliatory move towards China and provided hope.

The announcement followed comments from Donald Trump and key advisers expressing optimism over the talks, with top-level negotiations between the economic titans lined up for next month.

The news was tempered, however, by the Commerce Department adding 46 companies to its list of Huawei subsidiaries and affiliates that would be covered by the ban if it is implemented in full, taking the total on the list to more than 100.

The "details don't necessarily suggest the US is making too many concessions on the China trade negotiations", said Rodrigo Catril, senior forex strategist at National Australia Bank.

Oil prices were rose, building on Monday's strong gains -- when Brent jumped 1.9 percent and WTI 2.4 percent -- on hopes for the trade talks and stimulus and following a strike by Yemeni rebels on a Saudi Arabian oil field at the weekend.