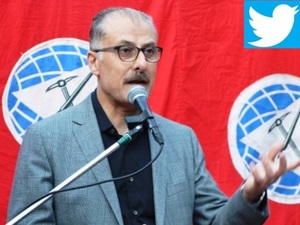 Progressive Socialist Party MP Bilal Abdullah stressed there was “no sharp dispute” with the Free Patriotic Movement, but only some “political differences over some files.”

“No need to launch a reconciliation with the FPM. President Michel Aoun (FPM founder) has affirmed the Mountain Reconciliation -- between the Druze and Christians,” said Abdullah.

The MP emphasized that contacts are constant between PSP and FPM deputies and ministers.

On Monday, Aoun pledged developmental projects for the Chouf and Aley regions as he stressed the importance of Christian-Druze unity there. His move came after a deadly incident in a town in Aley that sparked tension between the two.

On the economic situation in Lebanon, Abdullah said that launching the “economic wheel” is essential for Lebanon.

“The solution starts with a minimum of national awareness and rise above clientelism and selfishness,” he said, adding “it would be a problem if we do not have the will to launch the economic wheel in the country.”