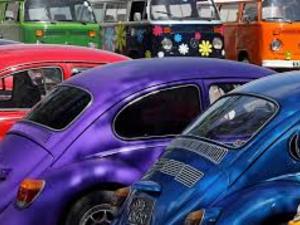 The environment ministry said over 10,000 vehicles sold in South Korea by Volkswagen and Porsche from May 2015 to January 2018 were fitted with the devices, resulting in 10 times more nitrogen oxide emissions than standard levels.

The certifications for eight models -- including Audi A6, Volkswagen Touareg and Porsche Cayenne -- will be revoked and the carmakers will face an estimated fine of 11.5 billion won (US$9.5 million), the ministry said.

"We plan to continue responding firmly to manipulation of gas emissions in future," a ministry official told reporters.

Audi, which is also owned by Volkswagen, said in a statement that it "takes note of the announcement... and will take the necessary measures to minimize inconvenience to the customers" once the South Korean environment ministry has approved the recall plan for the models concerned.

The announcement in Korea comes just weeks after former Audi chief executive Rupert Stadler was charged in Germany with fraud and illegal advertising amid Volkwagen's deepening emissions scandal that broke out four years ago.

The charges against Stadler are linked to over 434,000 Volkswagen, Audi and Porsche cars fitted with "defeat devices" to fool regulators' emissions tests.

Such software, applied to diesel-fueled cars, allows the vehicles to detect when they are being tested in a lab and squeeze output of harmful gases like nitrogen oxides far below actual levels released on the road.

A study released in March 2017 said that pollution from 2.6 million rigged Volkswagen cars sold in Germany would likely cause 1,200 premature deaths in Europe because of the excess emissions.

In Germany more than 410,000 customers are demanding compensation, as are investors.