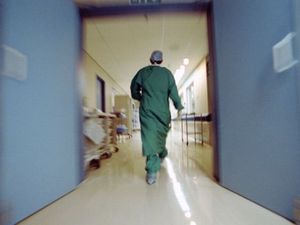 A 90-year-old woman has died and 53 people are in hospital in Spain, including several pregnant women, after eating contaminated meatloaf, officials said Tuesday.

Listeria is a commonly found bacteria and most people who consume foods that contain it do not become ill.

But for elderly people, pregnant women or those with serious conditions like diabetes or cancer, it poses a serious threat.

The outbreak of listeria is affecting mainly the southwestern region of Andalusia where 114 cases have been confirmed, according to the regional health department.

Outside Andalusia, only one case has so far been confirmed in the neighboring region of Extremadura, Spain's Health Minister Maria Luisa Carcedo told Cadena Ser radio.

A 90-year-old patient affected by the outbreak died overnight at a hospital in Seville, the capital of Andalusia, the regional government said in a statement.

It said another 53 people are in hospital including 18 pregnant women and two newborns.

An investigation has been opened because there appears to be a link to the outbreak of listeria, the health ministry said.

The regional government of Andalusia warned last Thursday that meatloaf sold under the commercial name "la Mecha" made by Seville-based company Magrudis was the source of a listeria outbreak.

The factory was closed and all of its meatloaves were recalled from shops, the health ministry said.

Listeriosis begins with flu-like symptoms including chills, fever and muscle aches. It can take up to six weeks after consuming contaminated foods for symptoms to occur.