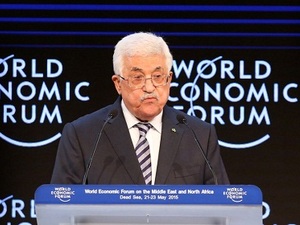 The Palestinian Authority, in deep financial crisis since Israel froze tax transfers in February, said Thursday it had  accepted a partial payment of just over half a billion dollars.

"An agreement was reached a few days ago with the Israeli side for transferring duties on oil and fuel which the Palestinian Authority bought in Israel to the amount of around two billion shekels ($568 million, 512 million euros)," Civil Affairs Minister Hussein al-Sheikh told AFP.

Israel in February decided to withhold around $10 million a month from revenues of some $190 million per month it collects on the PA's behalf, triggering Palestinian President Mahmoud Abbas to say he would accept either all or nothing.

That doesn't leave much for PA bureaucrats once Abbas takes his share.