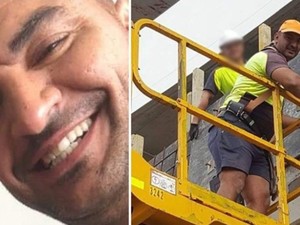 Lebanese citizen Ali Nehme Hamzeh was killed Thursday when a bomblet from an Israeli cluster bomb fired during the 2006 war exploded under his bulldozer in the southern town of Majdel Selm, Lebanon’s National News Agency reported.

NNA said Hamzeh succumbed to his wounds at the Tebnin Hospital.

During the war, Israel dropped more than four million cluster bombs on south Lebanon in violation of international humanitarian law.

Since 2006, hundreds of civilians mostly minors have been killed by the delayed detonation of these weapons. Dozens more have been handicapped.

At least 70% of bomb-infested land has been cleared but other bombs are still scattered throughout villages in the South.

If they do not explode immediately the munitions contained in cluster bombs can still kill and mutilate long after they have been dropped.

Israel is not a signatory to the 2010 Convention on Cluster Munitions, which bans the development and use of these bombs.

The price to pay for supporting a terrorist organization. This dude should be added to the 1200 death toll of the 2006 caused by the terrorist action that triggered an Israeli war.