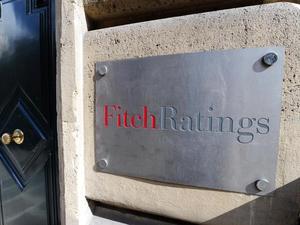 Fitch Ratings, one of the "Big Three” credit rating agencies in the world, has decided to downgrade Lebanon’s rating from B- to CCC, a media report said.

“Lebanese sides have been informed that the Fitch agency has finalized its report and downgraded Lebanon’s rating to the level of CCC,” al-Joumhouria newspaper reported on Friday.

“This means that international financial institutions will deal with Lebanon on the basis of the CCC rating, seeing as the Moody’s agency has already given Lebanon this rating,” the daily added.

In an anticipated report that will be released on Friday, the third rating agency, Standard & Poor’s, is expected to keep Lebanon’s rating at B-, according to a Lebanese official and media reports.

Al-Joumhouria noted that a country’s overall rating is based on two out of three ratings by the big three rating agencies, which might render Standard & Poor’s rating that will be issued on Friday as of no value.

lol @ the shia christian from dahieh with a deep and wide luv tunnel that has been downgraded for allowing multiple users at a time and violating hygiene standards,