EU Would Respond to US Tariffs on French Wine, Tusk 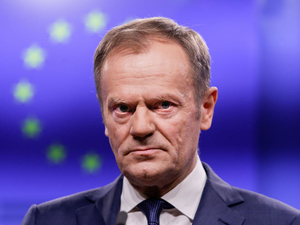 Just before leaving Washington for the G7 summit, Trump issued a fresh threat to tax French wines in retaliation for Paris imposing a sales tax on US tech giants like Google, Facebook and Apple.

"I will protect French wine with genuine determination," Tusk said. "If the US imposes tariffs, the European Union will respond in kind."

"The last thing we need is a confrontation with our best ally, the United States," he added. "This is not our initiative, this trade and tariff struggle, but we have to be ready and we are ready."

Ahead of the summit, French winegrowers were on tenterhooks to see whether Trump would follow through with his repeated threats to impose retaliatory tariffs after he vowed to take "substantial reciprocal action".

"Those are great American companies, and frankly, I don't want France going out and taxing our companies. Very unfair," Trump told reporters outside the White House late Friday.

Earlier this week, a US official confirmed the "highly-discriminatory digital service tax that France has decided upon" would be raised at the summit.