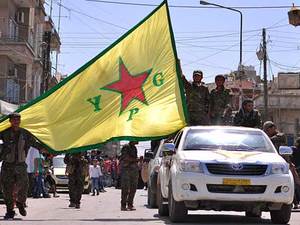 Turkey on Friday said Ankara wanted to witness itself the withdrawal of Kurdish fighters from parts of northern Syria after such claims by Syrian Kurdish authorities this week.

"There is information from the Americans that the YPG has withdrawn, that some emplacements were destroyed but these must be confirmed," Turkish Defence Minister Hulusi Akar said, referring to the Kurdish People's Protection Units (YPG) militia.

"We want to see all of this for ourselves," Akar added.

The semi-autonomous Kurdish administration on Tuesday said its forces started to withdraw from outposts along the Turkish border including the Ras al-Ain area.

Turkey and the United States this month agreed after difficult negotiations to set up a buffer between the Turkish border and Syrian areas controlled by the YPG.

While the YPG worked closely with the US against the Islamic State (IS) extremist group, Ankara says the militia is a "terrorist" offshoot of Kurdish insurgents in Turkey.

As part of the US-Turkey deal to create a "safe zone" in northern Syria, a joint operations centre was set up and there will be joint patrols.

Akar told reporters in Ankara he hoped the patrols would start "as soon as possible".

He added that two Turkish and two American helicopters had conducted a reconnaissance mission on Thursday in the region as part of the agreement between the NATO allies.

US President Donald Trump pushed for the creation of a 32-kilometre (20 mile) wide "safe zone" earlier this year after repeated threats by Ankara to launch an offensive against the YPG in the east of the Euphrates river.

Turkey previously conducted cross-border incursions in northern Syria, providing military support to Syrian rebels against IS in 2016 and the YPG early in 2018.

The "Kurdish Syrian authorities" are a Lance Corporal of the Foreign Legion and his cousin who is currently unemployed. They can be reached in Geneva if they ever get back to their hotel.