N. Korea Hits Out at Pompeo, Warns Hopes for US Talks 'Disappearing' 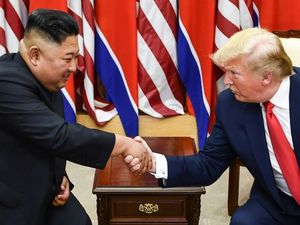 North Korea Saturday lashed out at US Secretary of State Mike Pompeo over his comments on Pyongyang's "rogue behaviour" and warned its expectations for nuclear talks with Washington are "gradually disappearing".

Instead no progress has been made in recent weeks, as the reclusive state launched a series of weapons tests in protest at joint military exercises between the US and South Korea.

"Our expectations of dialogue with the US are gradually disappearing and we are being pushed to re-examine all the measures we have taken so far," said Choe Son Hui, the North's vice foreign minister, in a statement carried by the official Korean Central News Agency.

Choe took aim at remarks made earlier this week by Pompeo who described North Korea's actions as "rogue behaviour" that could not be ignored.

Such language was improper, irritating and insulting, Choe said, warning that the US should not to put "our patience to the test if it doesn't want to have bitter regrets afterwards".

The North's blistering criticism of the top US diplomat comes a week after it called him a "diehard toxin" and said it was "sceptical" about whether it can negotiate with him.

Kim and Trump adopted a vague-worded statement on the "complete denuclearisation of the Korean peninsula" at their first encounter in Singapore in June last year but little progress has since been made on discarding the North’s weapons programmes.