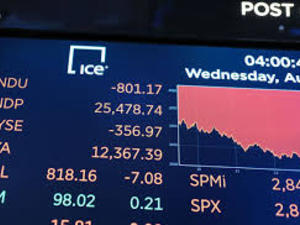 British business activity shrank in August, slammed by weakness in the key construction, manufacturing and services sectors, as the economy suffers from Brexit turmoil, a key survey showed Wednesday.

The purchasing managers' index (PMI) for all UK sectors dropped to 49.7 from 50.3 in July, according to IHS Markit, which compiles the data.

A figure below 50 indicates contraction.

"The PMI surveys are so far indicating a 0.1-percent contraction of GDP in the third quarter," which would mean Britain had fallen into recession, noted Chris Williamson, chief business economist at IHS Markit.

Britain's economy unexpectedly shrank in the second quarter of the year.

The official definition of recession is two quarters of economic contraction in a row.

"Companies have grown increasingly gloomy about the outlook due to the political situation and uncertainty surrounding Brexit, adding to downside risks in coming months," Williamson added.