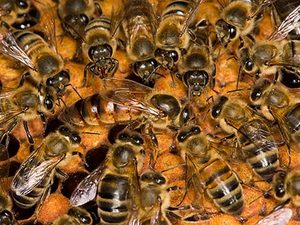 Germany said Wednesday it would phase out the controversial weed killer glyphosate because it wipes out insect populations crucial for ecosystems and pollination of food crops.

The chemical, which is also suspected by some experts to cause cancer in humans, is to be banned by the end of 2023 when the EU's current approval period for it expires, ministers said.

"What harms insects also harms people," said Environment Minister Svenja Schulze of the centre-left Social Democrats, warning of a future when fruit could become a luxury.

"What we need is more humming and buzzing," Schulze told a press conference, stressing that "a world without insects is not worth living in".

Farm groups and the chemical industry have lobbied for the continued use of glyphosate, which is sold under the trade name Roundup made by Bayer subsidiary Monsanto.

Bayer protested Germany's unilateral ban, arguing the chemical can be used safely and is "an important tool for ensuring both the sustainability and productivity of agriculture."

After its mammoth takeover of Monsanto last year, Bayer has been battered with a wave of lawsuits alleging the flagship herbicide causes cancer, with juries awarding massive damages awards.

The German Chemical Industry Association complained that, with EU authorities due to re-evaluate glyphosate use in 2022, Berlin was "embarking on a confrontation course with European law".

Austria became the first EU member to forbid all glyphosate use in July, with restrictions also in force in the Czech Republic, Italy and the Netherlands. France is phasing it out by 2023.

In a first phase, glyphosate will be banned from next year in city parks and in private gardens, according to the policy roadmap which sets the basis for new laws and regulations.

Herbicide and insecticide use will also be restricted or banned in more species-rich areas such as grasslands and orchard meadows, and along many river and lake shores.

Campaigners worldwide have highlighted the risks of declining insect numbers, noting they are vital for pollinating plants -- including food crops -- and as food sources for birds and other animals.

In February, a record 1.75 million people in the prosperous southern German state Bavaria voted in a  referendum to "save the bees", calling for less chemicals use and more organic farming and green spaces.

The campaign was opposed by the powerful regional agriculture association, which urged the population to "stop bashing farmers".

However, Bavaria's ruling conservative CSU party then announced it would turn the referendum into government policy.

The roadmap presented Wednesday also featured a new voluntary animal welfare label introduced by Kloeckner which aims to help consumers recognize when buying pork how the pigs are raised.

Activist group Germanwatch criticized the initiative, charging that consumers would continue to be "misled", for example by packaging that suggest idyllic farm conditions on meat products that in reality come from industrial feed lots.

The Merkel cabinet also plans to earmark a greater share of EU farm subsidies it receives to environmental and climate protection, raising the share from 4.5 percent now to six percent next year.