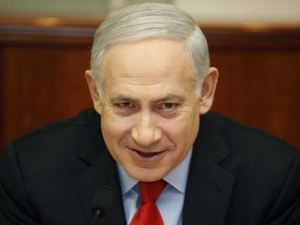 With less than two weeks to go before Israel's general election, Prime Minister Benjamin Netanyahu's office said he is to visit London on Thursday for talks with Prime Minister Boris Johnson.

It said Netanyahu, facing what could be a tough fight for re-election on September 17, would also meet U.S. Defense Secretary Mark Esper while in the British capital.

Netanyahu returns to Israel on Friday.

It would be his first meeting with Johnson or Esper since the two took up their current posts, his office said in a statement.

"The PM will discuss with British prime minister Johnson the situation in the (Middle East) region and how to repel Iranian terror and aggression," it said.

The meeting with Esper, it added, would focus on "Israel's security needs" after the two had spoken by phone on Tuesday and agreed to "expand their conversation in London".

Israeli media have said the United States and Israel are discussing the possible announcement of some form of defense alliance, likely to boost Netanyahu's image as an international statesman.

Just ahead of inconclusive April 9 parliamentary polls, U.S. President Donald Trump acknowledged Israeli sovereignty over the Golan, in what amounted to a major pre-election gift to his close ally Netanyahu.

On March 25 the two men met in Washington for a signing of Trump's order recognizing Israel's right to the strategic Golan Heights it captured from Syria in the 1967 Six-Day War.

So Netanyahu made a slap trip to London, so what?