Son of Egypt's Morsi Dies of Heart Attack at 25 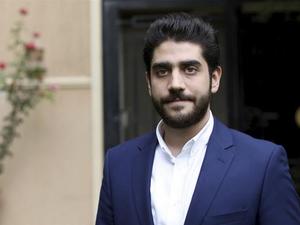 The youngest son of deceased ex-president Mohamed Morsi himself died Wednesday night of a heart attack in Cairo, a family lawyer said.

Abdallah Morsi, 25, suffered the fatal cardiac arrest while at the wheel of his car, Abdel Moneim Abdel Maqsoud told AFP.

"A friend who was with him was able to stop the car and take him to hospital," said the lawyer, adding that Abdallah Morsi's funeral was set to take place on Thursday.

Mohamed Morsi -- who as Egypt's first freely elected president headed an administration loyal to the now banned Muslim Brotherhood until he was deposed by the military in 2013 -- died in court on June 17.

The military overthrow of Morsi was led by Abdel Fattah al-Sisi, who ascended to the presidency in 2014 polls, before securing an official 97 percent in elections last year.

Mohamed Morsi, 67, collapsed during a court session in Cairo, some six years after his ouster and imprisonment.

He had been sentenced to 45 years in prison for offences including "inciting violence" in late 2012 against protesters and "spying" on behalf of Qatar.

Sisi has stifled opposition, particularly from the Muslim Brotherhood.

Egypt declared the Brotherhood a terrorist organisation in late 2013.