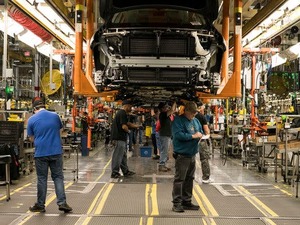 The pace of downsizing at American companies surged last month, with more than 10,000 job cuts blamed on "trade difficulties" alone, according to figures released Thursday.

Employers also announced the most layoffs of any August since 2009, the outplacement firm Challenger, Gray & Christmas said.

Job cuts rose 38 percent over July, with 53,480 positions to be slashed from employer payrolls, led by workforce reductions in health care, which had been a mainstay of recent job creation, the tech sector and manufacturing.

"Employers are beginning to feel the effects of the trade war and imposed tariffs by the U.S. and China," Andrew Challenger, the firm's vice president, said in a statement.

"We are continuing to see investor concerns shaking confidence in the market, and employers appear to be cutting workers in response to a slowdown in demand for their products and service."

Among the reasons cited by employers who let go of workers last month, "trade difficulties" accounted for 10,488 job cuts, second only to "closing," with 16,718, while "tariffs" were blamed for another 646.

While U.S. unemployment remains near historic lows and job creation has cooled but remains steady, layoffs have also gathered pace in 2019, according to the Challenger report.

August marked the eighth consecutive month this year in which job cuts were higher than in the same month in 2018, it said.

Forecasters expect the U.S. government to announce later this week that employers added another 171,000 net new positions last month, while unemployment is expected to be unchanged at 3.7 percent.

But worrying signs have begun to crop up -- such as slowing or falling employment activity at manufacturers and retail outlets as well as declines in demand for temporary employment -- prompting economists to say demand for labor is softening.

The trade war was also cited for doing sixty in a forty-five mph zone.