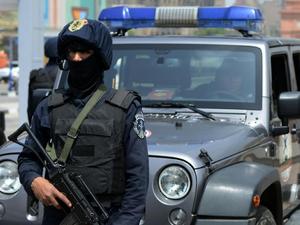 Six suspected jihadists were killed on Thursday in a shootout with police near the Bahariya oasis southwest of the Egyptian capital, the interior ministry said.

Police carried out a dawn raid against "terrorist elements" in a desert area near Bahariya, roughly 300 kilometers (190 miles) southwest of Cairo, the ministry said in a statement.

A shootout led to the death of six suspects, the ministry said, adding that a number of hunting rifles and four assault rifles were found at the site.

Jihadists have launched several attacks in the vast desert area west of the Nile.

In November 2018, an Islamic State group attack killed six Copts and an Anglican after they left the Saint Samuel monastery west of the Nile in Minya province.

IS carried out another attack nearby in May 2017, killing 29 Coptic pilgrims, many of them children.

Tourists have also been killed in attacks, but the violence has mostly targeted police and soldiers.

Hundreds of security personnel have died in an escalation of attacks since the military overthrow of Islamist president Mohamed Morsi in 2013.

The ouster was led by then-army-chief Abdel Fattah al-Sisi, who became president following 2014 polls before securing an official 97 percent of the vote in elections last year.

In February 2018, the army launched a nationwide offensive against jihadists, focused mainly on North Sinai, where the Islamic State group has a significant presence.