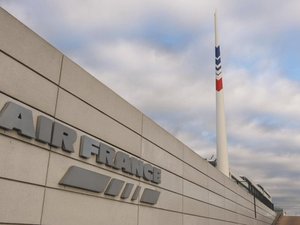 Air France-KLM said Thursday it would implement a three-year cost-cutting plan, including wage freezes and investment reductions, aimed at saving at least one billion euros ($1.3 billion) and reducing its debt.

The company said in a statement that its board of directors had approved "an ambitious three-year plan to restore profitability".

"New cost-cutting measures amounting to some one billion euros will be implemented immediately," it said, including a freeze on general pay rises in 2012 and 2013 at Air France and wage moderation at KLM.

A hiring freeze introduced in September will continue, it said, and talks will begin with unions on renegotiating employment rules to bring "a significant improvement in productivity".

"Given the uncertain economic environment and the ongoing imbalance between transport supply and demand, the board deemed it necessary to opt for quasi stable capacity for the Air France-KLM Group in both passenger and cargo," it said.

"Consequently, over the next three years (2012-2014), the group will only increase capacity by a little over five percent on a cumulative basis."

It said this would lead to a "shrinkage of the group's fleet with attendant reduction in the investment program."

Air France-KLM said its short- and medium-haul network had lost about 700 million euros last year and would be restructured to better use its aircraft, improve employee productivity and redefine "certain activities", a move that could lead to more extensive outsourcing.