Salim Aoun Says PSP 'Lost Its Bets', No One Sought to 'Besiege' Jumblat 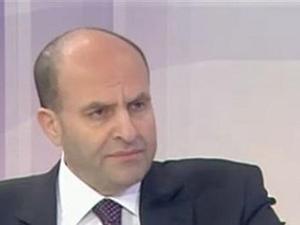 MP Salim Aoun of the Strong Lebanon bloc said Sunday that the Progressive Socialist Party has lost its “bets,” stressing that no one has sought to “besiege” PSP chief Walid Jumblat in recent months.

“The PSP has lost its bets domestically and externally,” Aoun said.

“The objective was not to besiege or defeat ex-MP Walid Jumblat and we are convinced that no one can eliminate the other in Lebanon,” the MP added.

“Even the other Druze camp acknowledges that Jumblat is the strongest in the Druze community,” Aoun went on to say.

It was the first rapprochement between the two parties in the wake of months of political tensions that followed the election of President Michel Aoun.

Who’s this other Aoun? Another nepotistic relative to the Syrian Resident of Baabda?

What an enlightening statement; coming from another Aoun clone...

lol aka laugh out loud
Say it again 'Chris'