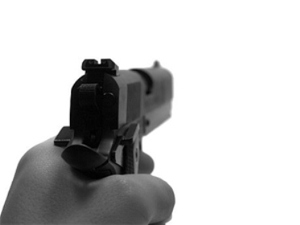 Lebanese Army female soldier Aya Kh. was shot Sunday by her brother in the southern town of Rmeish.

The National News Agency said the soldier was admitted into the surgery room of the Hammoud hospital in Sidon after being shot in the chest by a gun.

The agency said the off-duty soldier was accidentally shot and wounded as her brother, who is a State Security agent, was playing with his pistol.

But al-Jadeed TV’s reporter in the area said the man shot his sister after she “returned home late,” describing her medical condition as critical.

Guess what will happen to the shooter..... nothing !